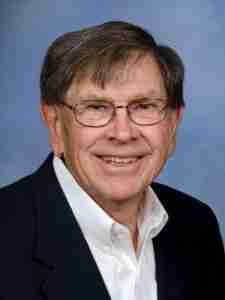 He was born December 28, 1942, in Olney, the son of Eldon Everett and Alta Mae (Forsythe) Booth.  He was united in marriage to Clara Louise Sparlin on January 31, 1964, sharing 55 years of marriage.

Sam graduated from Cisne High School and attended Southern Illinois University.  He was the owner and operator of Booth Resources Inc.

He was preceded in death by his parents and a brother, Charles E. Booth.

A funeral service will begin at 3 p.m. Friday, March 1, 2019, at Frank & Bright Funeral Home in Flora.  A committal service will follow at Elmwood Cemetery.  Visitation will be Thursday evening from 5 until 7 p.m. at the funeral home.  In lieu of flowers, memorial donations are appreciated towards any charity of the donor’s choice, and these will be accepted through the funeral home.