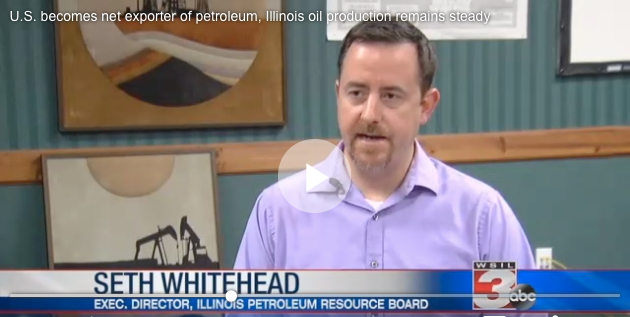 For the first time in nearly 75 years, the United States has become a net exporter of petroleum, which consists of crude oil and natural gas liquids.

Seth Whitehead, Executive Director of the Illinois Petroleum Resource board, says shale drilling in places such as Texas and New Mexico, over the past ten years, is mainly responsible for the breakthrough in petroleum.

“It’s a small piece of the pie, but the impact that our small industry has on the state is anything but small,” Whitehead says.

Illinois has about 650 oil fields, mostly located in the southern part of the state. Whitehead says the industry directly employs 4,000 workers, mostly in White and Lawrence counties.